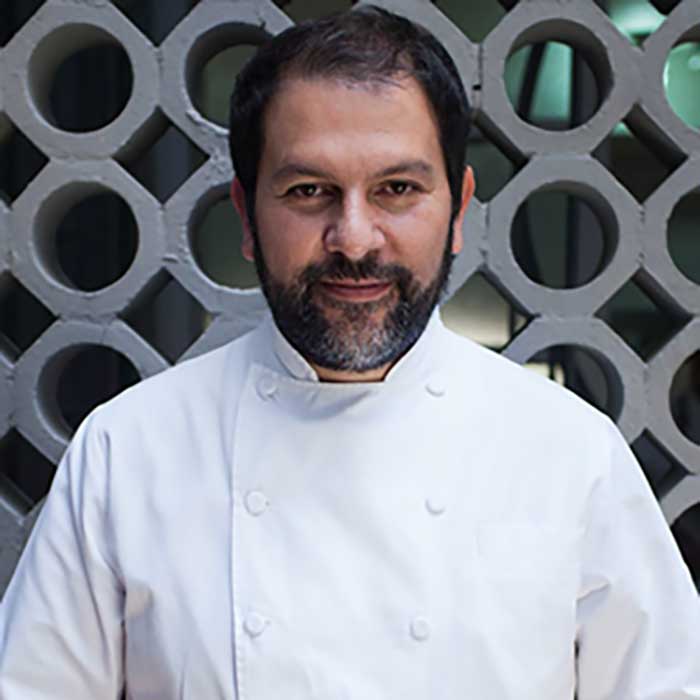 Hailed for his extraordinary skill, his charisma, and for transforming Mexican cuisine in the eyes of the world through his bold, simple, evocative cookery. Among other ventures, Olvera heads Pujol, Mexico’s number one restaurant, and has recently made an acclaimed debut in New York with Cosme. He keeps his food simple and unfussy, with a focus on rich colours and incredible flavour – but culture and ecology are part of the story too; from cooking with methods used in antiquity (alongside the cutting-edge), to sourcing near-extinct or highly rare native ingredients, to his commitment to highest-quality, sustainable produce. Olvera also lobbies against GM crops, and takes part in educational programs to improve the diet of children in Mexico, a country with one of the highest rates of obesity of the world.