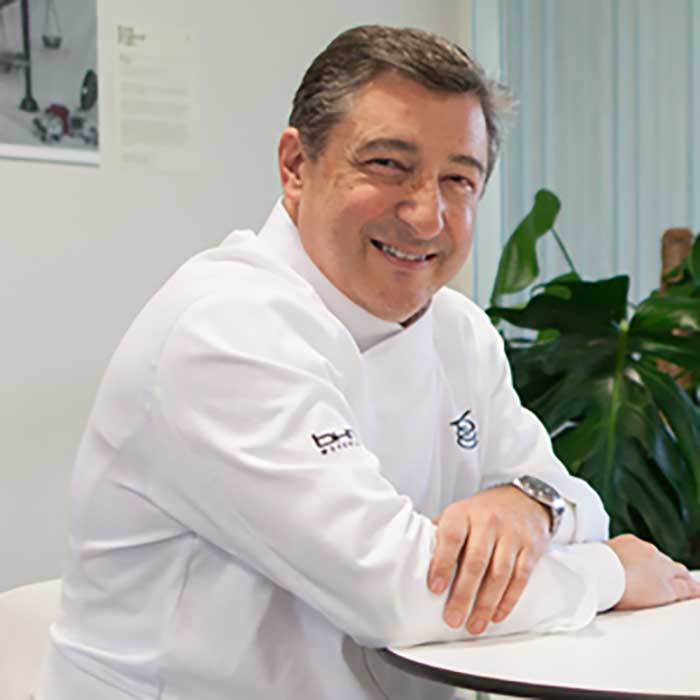 Joan Roca was raised in the family restaurant in Catalonia, where he now runs his own three-Michelin-starred restaurant, El Celler de Can Roca, with his two brothers Josep and Jordi (a brilliant sommelier and patissier respectively). The three siblings have also recently been made UNDP Goodwill Ambassadors, advocating for better nutrition and food security to promote sustainable development. Roca is passionate about culinary research, and is known for applying technical innovation to traditional cuisine, and for his love of local produce. In 2013, his team premiered El Somni, a multi-sensory production that explores the interaction between food, music and art. He has also pioneered a ‘gastro-botanical’ research project that catalogues rare wild species with the eventual hope that they can be sustainably reintroduced into food culture.