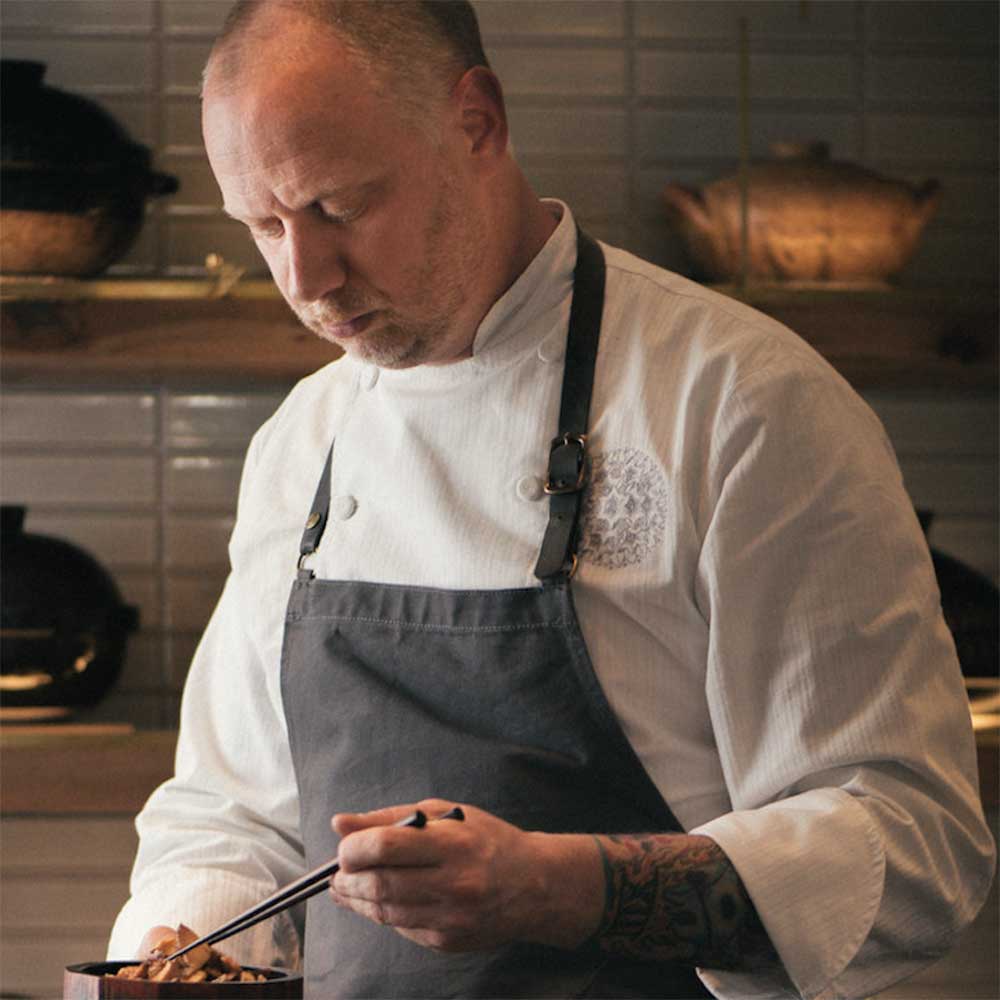 Kyle Connaughton began his culinary career in L.A. with an apprenticeship at one of the oldest Japanese restaurants in the city and continued training in both pastry and savory at Spago Beverly Hills, The Dining Room at Ritz Carlton, Lucques, Hama Sushi, and A.O.C. This was followed by several years cooking in Japan for the famed chef Michel Bras and in numerous traditional Japanese cuisine restaurants. In 2006, Kyle joined Heston Blumenthal to become the Head Chef of Research and Development for the Fat Duck Experimental Kitchen. He is a contributor to the «Modernist Cuisine» series, a co-developer of the Culinary Science Bachelors Degree program for the CIA, and co-author of the book Donabe – Classic and Modern Japanese Clay Pot Cooking. In 2014 Kyle co-founded the culinary development firm Pilot R+D with Dan Felder, Dr. Ali Bouzari, & Dana Peck.