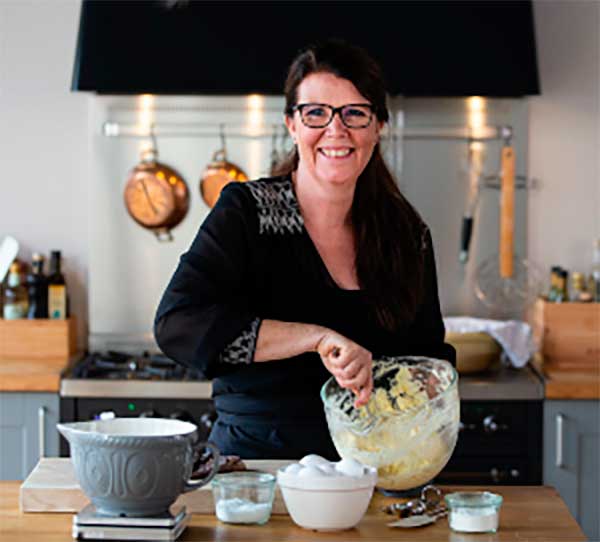 Trine Hahnemann is a Danish chef and food writer. As the owner and CEO of Hahnemanns Køkken she provides about 3,000 daily lunches with her team in private and public companies in the Copenhagen area, focusing on providing good and sustainable food. As an activist chef, she has been promoting for many years a different way of living gastronomy based on diversity and social justice.

Hahnemann has written 10 cookbooks in her native Danish and 7 in English, including Copenhagen Food (2018), The Nordic Diet (2009) and The Scandinavian Cookbook (2008). She writes in magazines and newspapers in America and Great Britain, such as The Guardian and Time Magazine, in addition to be a regular guest on food programmes on BBC.

In addition to her media appearances, the chef has been committed to social causes including the integration of Syrian refugees into Danish society, guiding young cooks from this country to establish their own food businesses. Hahnemann is also co-author on a book about Syrian culture and food.